Our school will provide a safe, inclusive, supportive and ordered learning environment free from bullying, harassment and violence. Bullying including cyber bullying, harassment and violence, is not acceptable in this school and any occurrences will be dealt with seriously and expediently. We will work with the school community and others services and agencies to support our students in being responsible and productive members of this community.

Bullying is the repeated verbal, physical or social behaviour that is harmful and involves the misuse of power by an individual or group towards one or more persons. Cyber-bulling refers to bullying through information and communication technologies.

Conflict or fights between equals and single incidents are not regarded as bullying.

Bullying in any form or for any reason can have long term affects on those involved, including bystanders. Examples of bullying:

Harassment is behaviour that targets an individual or group due to their identity, race, culture or ethnic origin; religion; physical characteristics; gender; sexual orientation; marital, parenting or economic status; age; and/or ability or disability, and that offends, humiliates, intimidates or creates a hostile environment. Harassment may be an ongoing pattern of behaviour, or it may be a single act.

Discrimination occurs when people are treated less favourably than others because of their race, culture or ethnic origin; religion; physical characteristics; gender; sexual orientation; marital, parenting or economic status; age and/or ability or disability. Discrimination is often ongoing and commonly involves exclusion or rejection.

Violence is the intentional use of physical force or power, threatened or actual against another person/s that results in psychological harm, injury or some cases death. Violence may involve provoked or unprovoked acts and can be a single incident, a random act or can occur over time.

Where ever possible, incidences of bullying can be reported to the class teacher, Principal or via the school’s dedicated email address. When a student or parent reports an incident, it will be taken seriously and in accordance to the school’s Student Behaviour Policy. It is important that specific details of the incident are given so it can be thoroughly investigated.

STAFF will support students to develop positive relationships and to become effective bystanders.

PARENTS can assist the school in maintaining a safe and supportive environment if they keep the school informed of concerns about behaviour.

STUDENTS should communicate with an appropriate adult if bullied or harassed, and learn to become effective bystanders, so that bullying and harassment are discouraged through peer influence.

PRINCIPAL will investigate any reported incidences of bullying or harassment and notify the parties concerned of action taken and appropriate resolution of the matter.

At Kalangadoo Primary School we say: “BULLYING – NO WAY”. Please refer to the school’s Grievance Procedures Policy, Student Behaviour Policy and the Department’s Parent Guide to Raising a Concern or Complaint for further information. 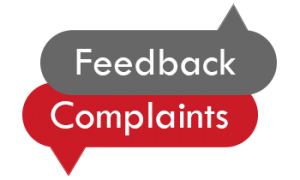